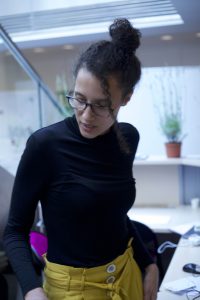 M’Lisa works to build connections and collaboration between diverse groups in cities. A social researcher by training with a B.A. in Political Science and English, and an M.A. in Global Development Studies, she sees the world as an assemblage of many parts and believes we need to focus on knowledge gathering, collaboration, and a healthier human connection with the planet to survive and thrive in this century. M’Lisa is Associate Director at The Nature of Cities—an international not-for-profit media site based in New York City that works to build transdisciplinary collaboration in cities. M’Lisa is also the Creator of ASSEMBLE—an urban visioning community that hosts a story-telling platform called Urban Assemblages, runs public innovation laboratories, and specializes in atelier design for public engagement in cities.